Yesterday, Anheuser-Busch announced plans to rebrand Budweiser as “America” from late May through the November elections.

Citing upcoming events like the 2016 Olympic Games, the Copa América soccer tournament (which will be held in the US for the first time), and the fall’s presidential election, Ricardo Marques, a vice president at Budweiser, declared it will “probably the most American summer of our generation.” It’s an event that Anheuser-Busch is keen to capitalize upon, though the invocation of “our generation” is interesting as “Millennials” (if we even exist as something more than a marketing category) are some of the least likely consumers to be purchasing packs of “America” this summer.

Relatedly, Anheuser-Busch aims “to inspire drinkers to celebrate America and Budweiser’s shared values of freedom and authenticity.” This latter value seems particularly contentious given the ever-increasing market share of craft beers, which trade upon (perhaps equally constructed) notions of authenticity, identity, and lifestyle.

Budweiser has directly targeted this tension, as their 2015 Super Bowl spot and subsequent ads throughout the year spread a distinctly anti-craft message, which can’t be separated from the brand’s subsequent claims to Americanness. 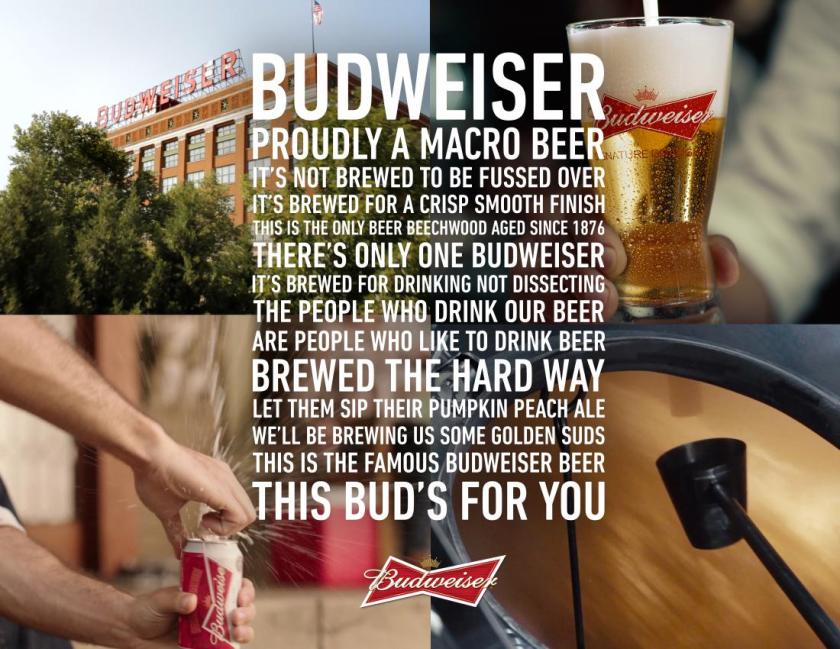 An ad from Budweiser’s anti-craft campaign

Anti-craft messaging aside, this rebranding of a national and well-recognized food/beverage product as the nation itself is not without precedent. Kraft did it with Vegemite in 2012 to mark the spread’s 89th year. 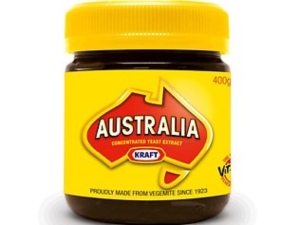 So what might “Australia” Vegemite tell us about “America” Budweiser?

First, Vegemite arguably is an Australian food icon so powerful and recognizable that it can (and does) stand in for the nation in both national and international contexts. Does Budweiser hold such status in the United States and abroad?

Second, even in the case of “Australia” Vegemite, the rebranding stunt appears to have incited as much consumer ire as it did pallid press coverage. Consumers and journalists alike were unimpressed and saw the ads for what they were: marketing.

So why does it matter that a brand like Budweiser is taking on a national identity, even if temporarily?

In the case of Vegemite, consumer skepticism and disdain were rooted in the contradiction that Vegemite was owned by US companies, Kraft and Phillip Morris. Similar sentiments abound in the press coverage of Budweiser’s “America,” as journalists ask how American Budweiser can be when it was purchased in 2008 by beer mega-giant InBev, based in Belgium and Brazil. Both of these rebrandings (and resistance to them) tell a complicated story about the increasing blurriness of national identities within a condensed global economy.

Furthermore, “Australia” Vegemite was perhaps an attempt to emphasize the spread’s patriotic connections at a moment when they appeared to be fading. In his research on Vegemite during “the Asian Century,” Juan Sanin predicts the imminent decline of Vegemite’s symbolic power as Australia further integrates with Asia, politically, economically, and culturally.

And so perhaps this summer is not going be the most American of a generation, but one whose Americanness is the most uncertain in a generation. It’s a season when the likes of Budweiser and Donald Trump encapsulate the anxieties and hopes for what our future might hold.