While many may have heard of “Typhoid Mary” (I’m speaking here of the public health historical figure not either of the hard rock bands that bear her name nor the mutant Marvel villain inspired by her plight), fewer know the complete story of Mary Mallon, the immigrant cook incarcerated in isolation for a quarter century for unknowingly spreading typhoid through her cooking.

When one hears the name “Typhoid Mary,” the mind often conjures images of some untamable shrew dishing out ladles full of infected slop, a mental picture not unlike the one that the press created in 1909, in which Mallon is depicted cracking skulls into a skillet, while venomous vapors drift downward from her mouth.

Often told with a reductionist focus in science textbooks, Judith Walzer Leavitt’s social history, Typhoid Mary: Captive to the Public Health (1997), sets Mallon’s story straight. While viewed as a menace by the New York public health department, the legal system, media, and general public, Mary Mallon was also a powerfully plucky bad ass, who despite institutional entities against her, little education, and limited support, fought her detainment till her death in 1938.

Mallon’s story transpires in the early twentieth century, a time characterized by a scientific enthusiasm, rooted in germ theory and bacteriology, that sought a new level of empirical certainty. This new knowledge emboldened public health policies, which sought to protect population health through assertive action. When civil engineer, George Soper, identified Mallon as the cause of a small typhoid outbreak in 1906, she was seized and incarcerated in 1907. She was released in 1909 with the caveat that she never again work as a cook. With no job retraining and limited options to support herself, Mallon did return to cooking, an action that was misunderstood as a determined intent to spread disease. As a consequence, Mallon was re-incarcerated in 1915 and would live a total of twenty-six years in isolation on North Brother Island. 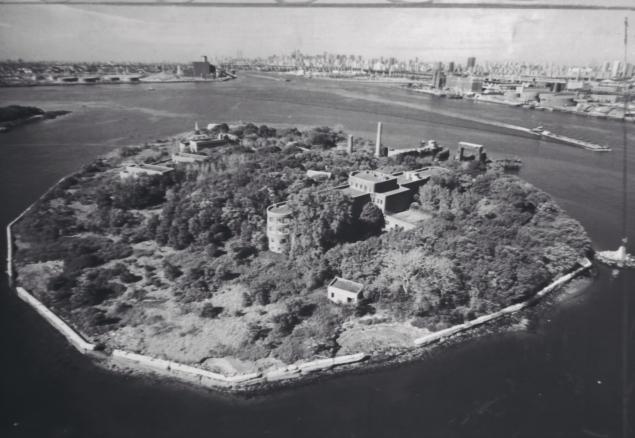 North Brother Island where Mary Mallon was held in isolated quarantine for 26 years.

Beyond new scientific principles and expansive public health authority, social expectations and prejudices also influenced how Mallon—an unmarried, Irish, domestic worker of low social class, whose comportment and resistance deviated from gendered behavior norms—was treated. As a healthy carrier of typhoid who showed no symptoms of disease, Mallon vehemently (and all things considered, rightfully) resisted testing and fought her sentencing. Observe her defiant gaze from her hospital bed in 1909. 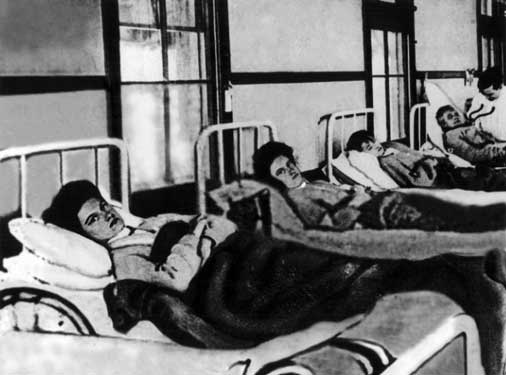 While other healthy carriers roamed free, Mallon was demonized and isolated, an injustice that she fought fiercely, proving courageous and clever enough to have the lab tests that sought to document her typhoid carrier status replicated at a reputable laboratory and presented as evidence during her legal battle.

The media played a starring role in spreading the medical construct of “Typhoid Mary,” which dehumanized Mallon in the eyes of both health officials and the public through sensationalized reporting, such as the spread pictured below, in which she was deemed the “most harmless and yet the most dangerous woman in America.” 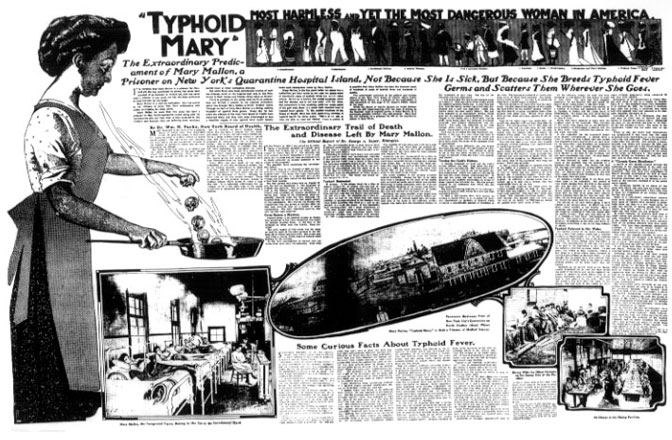 Defiant until the end, Mallon contended that she had not spread disease and had been a victim, wrongly incarcerated and reduced to “Typhoid Mary,” a derisive moniker that she abhorred. Notably, while many no longer know the details of Mallon’s case, the name possesses a continuing cultural legacy and lasting symbolism.

In her concluding pages of Typhoid Mary, Leavitt productively employs hindsight, positing that if Mallon had not been stigmatized by public health officials and the media for her class, heritage, and resistant nature; if the default solution to her healthy carrier status had not been an unexplained and unregulated isolation; if the public health system had seemed more trustworthy and approachable to Mallon; and if her need for job retraining had been taken into account—her life and the legacy of her experience could have been radically different. Leavitt’s Typhoid Mary tells more than the story of one unjustly treated woman, however, as it addresses the conflict that lies within the charge to both protect the public’s health and uphold the rights and liberties of individuals. A story from more than one hundred years ago, these lessons remain relevant, as contemporary crises, such as the prevalence of AIDS and drug-resistant tuberculosis, sustain these concerns.

While the name “Typhoid Mary” may be doomed to live in infamy, Leavitt clears the path to public health progress with lessons learned from Mary Mallon’s tragic case. She concludes with pointed recommendations for the future of public health to “diminish the use of labels that stigmatize and separate” (237), to create a “benevolent and non-discriminatory” health care system in which citizens have confidence that individual liberties will be upheld in the pursuit of good health for all (245), and to encourage understanding of a disease and its carrier, acknowledging social conditions, cultural bias, and structures of power when assigning blame and responsibility. As such, Mary Mallon and “Typhoid Mary” ought to live on in public memory not as a demonic carrier of death, but a reminder of the ways in which society and medicine shape one another and how we each as public health citizens view and respond to disease.