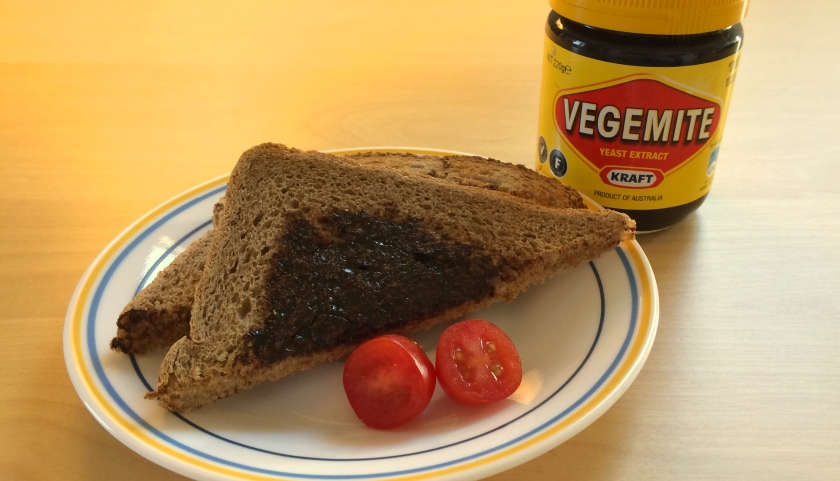 My latest Zester piece encourages Americans to try Vegemite today, on Australia Day,  the country’s national holiday celebrating the day in 1788 when Captain Arthur Phillip and the First Fleet of eleven convict ships from Great Britain arrived at Sydney Cove.

If you try it, you’ll be joining a venerated group of non-Aussies who have taken the challenge:

To learn more about this salty spread (it’s yummy, I swear!), check out my article.

And thank you for reading this post, my one hundredth! I’ve been blogging for two and a bit years and I continue to think (and think some more) that it is an important thing for academics to do.